The Difference between Praise and Feedback 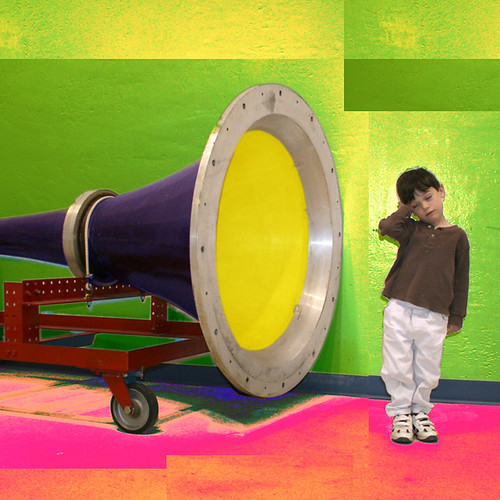 
"Parenting these days is patrolled by the language police. Sometimes it seems like the worst thing you could ever say to a kid is “Good job!” or the dreaded, “Good girl!”  Widely popularized psychological research warns about the “inverse power of praise” and the importance of “unconditional parenting.” The incorrectly phrased, indiscriminately doled out pat on the back can, we learn, undermine a child’s inner motivation to learn and achieve, promote a “fixed mindset” that will cause her to shrink from taking on any kind of challenge or effort, and maybe even destroy her sense of self worth.
The anxiety is such that parenting blogs circulate actual word-for-word scripts for parents to use in such difficult situations as the sidelines of a swim meet, or after a music recital. There are long lists of forbidden words and phrases, too.
What are these researchers really getting at? Are the particular words we use to talk to our kids so important? And how do we convey positive feelings without negative consequences?

Some of the most prominent psychologists behind all of this talk about talking are Stanford University’s Carol Dweck, author of the book Mindset, and Edward Deci and Richard Ryan at the University of Rochester, whose research the education author Alfie Kohn relies heavily on in his books including Unconditional Parenting. Both Dweck and Deci are theorists of human motivation, but they emphasize very different perspectives on praise.
Dweck’s studies have focused on the effects of “process praise,” which means praising effort or strategy: “You must have worked very hard on this painting!” This is opposed to “person praise,” which labels people with phrases like, “You are really good at painting!” “You must be a genius!”
The idea is that reinforcing effort contributes to children’s beliefs that they can get better at things if they try, the vaunted “growth mindset.” But praising traits feeds the belief that talent is fixed, which makes kids less willing to take on new challenges that might expose them as less naturally able.
Most of Dweck’s research has focused on process praise given by strange adults interacting with children in a research study environment. But in a recent study, her team coded videotapes of parents praising their one to three-year-old children. They found that the greater use of process praise with these very young children predicted their later desire to take on new challenges, which in turn influenced these children’s math achievement seven years later, in fourth grade.
“Kids are thrilled by the idea that they can grow their brains through their effort and strategy,” Dweck says. “Praising strategy and focus and improvement gives them actionable information and a reason to try hard.”

Simple, right? Not so fast. Writers such as Kohn have condemned all praise, including Dweck’s “process praise,” as little more than “sugarcoated control.”
The idea is that parental praise is manipulative, intrusive, and undermines both children’s intrinsic enjoyment of what they’re doing and their own internal sense of whether they are, in fact, doing a good job or trying hard.
Kohn cites Deci and Richard Ryan, and their colleagues including Guy Roth and Avi Assor at the University of the Negev in Israel. All of them have found in a series of studies that when parents express any kind of “conditional regard,” it harms young people’s developing autonomy, causing them to feel pressured to achieve, to feel shame if they don’t, and to suppress negative emotions and experiences. Conditional regard includes positive reinforcement, the practice of offering praise in exchange for desired behavior.
“If you tell your kids, ‘You’re a good boy for taking out the trash,’” they may feel that if they don’t take out the trash, they’re not worthy of your love,” says Deci. “You need to express that you love them and approve of them no matter what they do.”
Verbal rewards are a pretty central weapon in the parenting arsenal, especially when it comes to academic achievement. Deci and his colleagues found that offering your warmth and approval in exchange for academic achievement does work, in the sense that it causes young people to be more invested in trying to do well in school. But it’s a devil’s bargain that backfires emotionally in the form of “maladaptive self feelings.”
The controversial recent book The Triple Package, coauthored by “tiger mom” Amy Chua, purported to explain why certain ethnic groups tend to outperform others in education, occupational status and earnings. Two of the three traits the authors describe are a superiority complex accompanied by insecurity—a pretty good description of what researchers say can be the outcome of too much conditional parental positive regard.

Parents are not perfectly controlled Siri-like bots but human beings with positive and negative emotions that are going to arise in response to specific actions by children. So is there any way to channel and communicate your sincere feelings to your kids without doing lasting harm? Surprisingly, despite their differing views on praise, Dweck and Deci tend to agree on the right course of action.
When I ask Dweck about the “sugarcoated control” idea, she says, “I basically agree that we overpraise.” Her intention in talking about process praise is to redirect this impulse more constructively. Instead of mindlessly kvelling over every fingerpainting or math test — or even just telling kids to “try hard!” — her recommendation is to get more involved with what a kid is doing. “Appreciate it. Ask questions. If we see that a child is using interesting strategies we can ask about them. Talk to them about their thought processes, how they can learn from mistakes.” Encourage your child to actively seek both positive and negative feedback in order to grow and improve.
Deci says something similar. In addition to assuring children of your continuous love and regard, “You want to understand what your child is thinking and feeling, to be respectful toward them. Asking questions is a far better idea than giving praise”—or criticism for that matter.  The idea is to support the development of a child’s autonomy by taking his perspective.
If you’re on the sidelines at a soccer game, it’s easy to pull out some pre-scripted phrase like “I love to watch you play!” or “You’re a natural!” It’s harder to watch your kid so you can tell her, “When you made that pass in the second quarter, I could see that you’ve been practicing your footwork a lot,” or to take the time to ask, “What was your favorite part of the game?” and really listen to the answer.
Providing helpful, detailed, encouraging feedback and appreciation requires paying attention to what kids are doing, and listening to what they are saying. This takes time and energy. Dweck says what she sees all too often are time-pressured parents who reach for a quick sugar fix instead. “We are a praise-addicted culture. I don’t think parents are going to stop praising.” "