Mindfulness as good as pills for treating recurrent depression 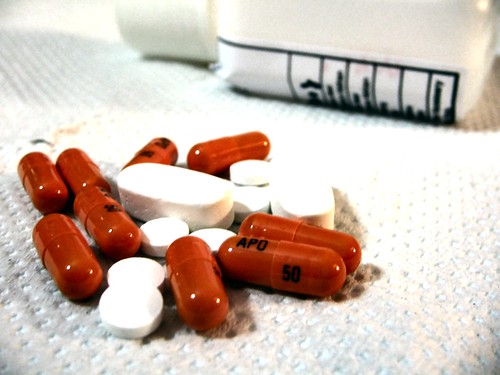 Patients with a history of depression are currently advised to remain on antidepressant pills for at least two years.
Mindfulness-based cognitive therapy may be as good as pills at stopping people relapsing after recovering from major bouts of depression, according to a study.
Mindfulness-based cognitive therapy (MBCT) was developed from mindfulness techniques, which encourage individuals to pay more attention to the present moment, combined with cognitive behaviour therapy (CBT), specifically to try to help people who have recurring depression.
It teaches people to recognise that negative thoughts and feelings will return, but that they can disengage from them. Rather than worrying constantly about them, people can become aware of them, understand them and accept them, and avoid being dragged down into a spiral leading back to depression.
Current best practice, endorsed by Nice (the National Institute for Health and Care Excellence) is to encourage people with a history of recurrent depression to remain on antidepressants for at least two years.
However, some are very reluctant to keep taking pills, while others find their depression comes back when they finally stop using the tablets.
The trial, published in The Lancet, a medical journal, involved a group of 424 adults from GP practices in the south-west of England, who were willing to try either the pills or the therapy. Half were randomly allotted to each. Those assigned to mindfulness had eight group sessions of more than two hours plus daily home practice and the option of four follow-up sessions over a year. The course involved mindfulness training, group discussion and cognitive behaviour exercises. The patients gradually came off their medication. Those assigned to the other group stayed on the tablets for two years.
The relapse rates in the two groups were similar, with 44% in the mindfulness group and 47% for those on the drugs. In each group there were five adverse events, including two deaths.
The researchers had thought the study might show that therapy was more effective than pills, based on their earlier work. Lead author Willem Kuyken, a professor of clinical psychology at the University of Oxford, said: “That was our hypothesis. It was based on our pilot study in 2008. There was a suggestion that MBCT might do better than medication. The reality is that it was not superior to medication.”
However, they established that mindfulness-based therapy is equally as good as drugs, which could offer a new option for those who do not want to be on medication for years. Co-author Prof Richard Byng, from the Plymouth University Peninsula Schools of Medicine and Dentistry, said: “Currently, maintenance antidepressant medication is the key treatment for preventing relapse, reducing the likelihood of relapse or recurrence by up to two-thirds when taken correctly.
“However, there are many people who, for a number of different reasons, are unable to keep on a course of medication for depression. Moreover, many people do not wish to remain on medication for indefinite periods, or cannot tolerate its side-effects.”
Nigel Reed, from Sidmouth, Devon, who took part in the trial, said: “Mindfulness gives me a set of skills which I use to keep well in the long term. Rather than relying on the continuing use of antidepressants, mindfulness puts me in charge, allowing me to take control of my own future, to spot when I am at risk and to make the changes I need to stay well.”
The study also showed that the therapy might work better than pills for those who have some of the most troubled histories and are at the highest risk of relapse. It was found to have protected people with increased risk because of a background of childhood abuse. The paper said: “Perhaps MBCT confers resilience in this group at highest risk because patients learn skills that address some of the underlying mechanisms of relapse or recurrence.”
Kuyken said he expected Nice to look at the study when it convenes shortly to revise its guidelines on recurrent depression.
In a commentary with the study in The Lancet, Prof Roger Mulder, from the University of Otago in New Zealand, said the findings had substantial significance. He suggested that because it is group therapy, which reduces the costs involved, it may be possible to offer MBCT as a choice to GP patients. He said: “We ... have a promising new treatment that is reasonably cost-effective and applicable to the large group of patients with recurrent depression.


“Depression remains a disabling condition with high prevalence and a large clinical burden. Despite the increased use of drugs, the long-term outcome of mood disorders has not improved in the modern era. Having an alternative non-medication strategy to reduce relapse is an important means to help patients with depression.”
Posted by HoS ISHCMC at 10:57 PM