For Kids With Low Self-Esteem, Excessive Praise Has Unintended Consequences 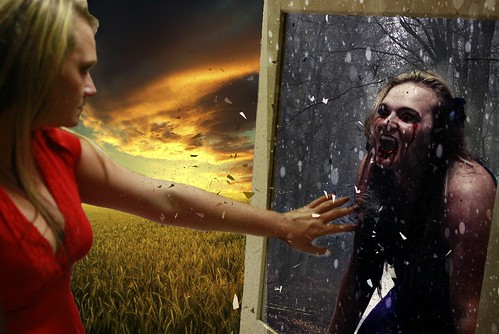 
"New research from the Netherlands finds inflated acclaim for kids’ accomplishments can backfire as a motivational tool.
•
When we sense a child is feeling insecure, our tendency is often to shower him or her with effusive praise. It’s a lovely, compassionate impulse, but it’s also one you may want to resist.
Newly published research suggests that, for the kids most likely to receive it, exaggerated acclaim may do more harm than good.
“Inflated praise, although well-intended, may cause children with low self-esteem to avoid crucial learning experiences,” writes a research team led by Utrecht University psychologist Eddie Brummelman.
Specifically, the researchers write, rave reviews for a mundane accomplishment can convey an unintended message: Now that you’ve excelled, we’re going to hold you to a very high standard. Since youngsters with low self-esteem are driven by a desire to avoid failure, this can prompt them to avoid challenges.

“Inflated praise, although well-intended, may cause children with low self-esteem to avoid crucial learning experiences.”

“Inflated praise contains an implicit demand for continued exceptional performance,” Brummelman and his colleagues write in the journal Psychological Science. While this unspoken message can inspire kids with high self-esteem, it can have the opposite effect on their less-secure peers.
The researchers describe three experiments, the first two of which show that children with low self-esteem are the ones most likely to receive excessive praise from adults. The third was designed to show the results of this dynamic.
The participants were 240 children, ages eight to 12, who were visiting the Science Center NEMO, which the researchers describe as “the largest science museum in the Netherlands.” All began by addressing six self-esteem-related items from the Self-Perception Profile for Children. They read statements such as “Some kids are happy with themselves as a person” and responded to them on a four-point scale, from “I am not like these kids at all” to “I am exactly like these kids.”
They then drew a copy of a famous painting—Wild Roses by Vincent Van Gogh—which, they were told, would be assessed by a “famous painter.” After purportedly examining their drawings for a few minutes, this fictional expert wrote each child a note. Some said nothing about their work; others presented restrained praise (“You made a beautiful drawing”). Still others featured inflated praise (“You made an incrediblybeautiful drawing”).
Finally, the kids were given a choice between complex and simple images they could attempt to imitate for their next drawing. They were told that “If you choose to draw these difficult pictures, you might make many mistakes, but you’ll definitely learn a lot, too.”
As the researchers predicted, inflated praise led children with low self-esteem to choose the less-challenging assignments. For children with high self-esteem, it had the opposite effect, increasing the likelihood they’d pick the more difficult task.
“Our findings suggest that inflated praise triggers self-protection motives in children with low self-esteem (‘I want to avoid revealing my deficiencies’) and self-promotion motives in children with high self-esteem (‘I want to demonstrate my capacities’),” the researchers conclude.
Brummelman and his colleagues acknowledge that the difference between “inflated” and healthy praise can be subtle. In their experiment, a single word—“incredibly”—pushed the comment into the “inflated praise” category.
“This single word may feel quite large to children with low self-esteem, who fear that they might not be able to perform incredibly well in the future,” they write. In response, these kids might “avoid crucial learning experiences—a process that may eventually undermine their learning and performance.”
So, parents and grandparents, if you sense little Johnny or Jill could use an ego boost, feel free to praise them—but don’t go too far. Setting standards they fear they’ll never be able to meet is the easiest way to drive them back into their comfort zone—a place where there is little chance of failure, but few opportunities for growth.
http://www.psmag.com/navigation/health-and-behavior/kids-low-self-esteem-excessive-praise-unintended-consequences-73197/