Why adults are going back to colouring books 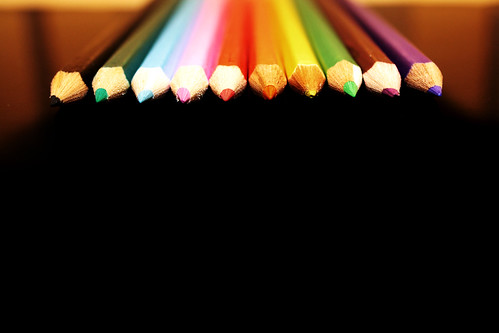 
But this simple activity has been making headlines lately, especially in France, where colouring books for grown-ups are selling faster than cook books, according to trade publication Livres Hebodo. And many Facebook groups dedicated to displaying colouring and offering tips on where to find the best books or art materials have sprung up across the channel as a result.
With mindfulness the buzz word of the moment, colouring in is an easy way to calm the mind and occupy the hands. Speaking at a mental health workshop in 2009, author, speaker and communication expert Mark Robert Waldman explained that active meditation focuses attention on simple tasks that require repetitive motion. Concentrating this way replaces negative thoughts and creates a state of peace, and many people who have a difficult time with concentrative meditation can find this easier. This gentle activity where you choose the colours to create your picture and the repetitive action of colouring it in focuses the brain on the present, blocking out any intrusive thoughts.
Meanwhile, a recent study from San Francisco State University has shown that people who partake in creative activities outside of work not only deal with stress better but their performance at work improves, too. You need only look at the massive explosion of interest in crafts such as knitting and dressmaking in recent years to see how many people are choosing to occupy themselves in such creative activities.
The UK may not have embraced colouring in to the same degree as the French yet, but 2013 saw the launch of The Secret Garden: An Inky Treasure Hunt & Colouring Book by Johanna Basford(Laurence King, £6.97).
Now Art At Home and The Little Book Of Mindfulness author, Tiddy Rowan, has produced Colour Yourself Calm: A Mindfulness Colouring Book (Quadrille, £9.99, on sale 11 September), which contains 30 colour 'mandalas' (from the Sanskrit word for 'circle') with identical copies for you to colour in - mandalas are an ancient form of meditative art that draw your eye towards their centre and it's believed that colouring them in relaxes the mind, body and spirit while also allowing you to explore your creative side.
Pass the colouring pencils…
https://psychologies.co.uk/why-adults-are-going-back-colouring-books