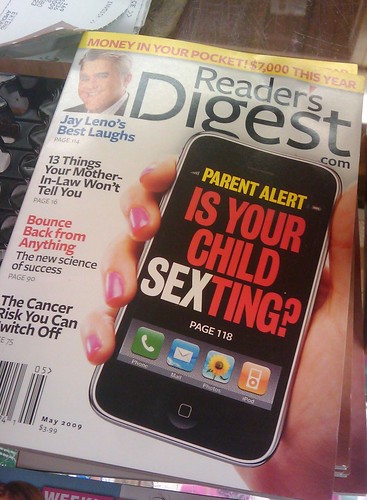 MacQ via Compfight cc
Police in Rhinelander, Wis., have long been aware that "sexting" — sending sexually explicit photos or text messages — is popular with teenagers.
But until November, when the mother of a Rhinelander High School student turned over a nude image of one of her son's classmates that she found on his cellphone, law enforcement officials had no idea the problem was so pervasive. That single image led police to identify dozens of students, all of whom had been trading explicit images with one another on a regular basis.
"It was overwhelming how many kids were involved," said Oneida County sheriff's Lt. Terri Hook.
Most of the photos were "selfies," private photos that were taken and sent to a boyfriend or girlfriend. Many were forwarded on to friends or posted on social media sites both locally and around the country. In all, hundreds of photos snaked their way through the school; some wound up in the hands of people several states away, police said.
More than 40 students were involved in distributing teen pornography, police said. Few understood that just having the photos in their possession could have landed them in prison — and on the sex offender registry for life.
"For most of these kids, it didn't even seem like a big deal to them. It was just something they did, something they thought everybody did," Hook said.
When the investigation was over, Oneida County officials declined to prosecute. Instead, students and parents attended informational sessions meant to stop the behavior from happening again.
"We could have kept on investigating. We could have, I'm sure, found much more," Hook said. "We stopped, because what was really clear to us was that we had a problem."
The situation in Rhinelander is not uncommon in Wisconsin.
Many teens send sexually explicit photos on their cellphones believing the image will stay private, police and prosecutors say. Yet increasingly, the images are finding their way into the hands of sexual predators, and the teens themselves can be faced with harsh, lifelong penalties for their behavior.
Of the more than 130 million images containing child pornography examined since 2002 by the National Center for Missing & Exploited Children, one in four were initially posted by minors themselves, said John Sheehan, executive director of the organization.
GRAVE CONSEQUENCES, SERIOUS RISKS 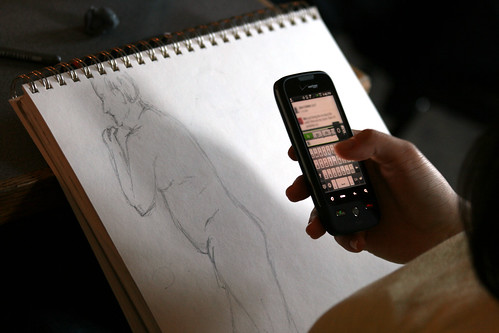 quinn.anya via Compfight cc
For teens, the consequences of sexting can go well beyond the humiliation of appearing naked on every cellphone in math class. A single image can easily jeopardize a job search or quickly torpedo a college application.

When those images wind up in the hands of the wrong people, the consequences can be disastrous.
At least 100 children from across the country fell into David Weaver's trap, police say.
Weaver, 51, of Cedarburg, not only collected sexually explicit images, he allegedly tricked teens into believing he was a young girl named "Sara." Once befriended by "Sara," the teens were persuaded to perform sex acts in front of webcams — alone, with friends and — most disturbingly — with dogs — while Weaver secretly recorded them, according to the federal complaint.
Once recorded, the video sessions were uploaded to file-sharing servers, where they were traded worldwide.
Investigators with the Wisconsin Division of Criminal Investigation found more than 250,000 chat threads between Weaver and children and more than 2,000 videos in Weaver's possession, according to court documents. Investigators say they are working to identify the children in the videos, one of whom is believed to be from Wisconsin.
Weaver has pleaded not guilty to producing child pornography.
BLACKMAIL AND MEETUPS
Some sexual predators use the nude images to blackmail teens into producing more pornography of themselves, or even to meet in person.
In 2009, Anthony Stancl of New Berlin was arrested after setting up a fake Facebook account in which he used a female persona to trick dozens of male classmates at Eisenhower High School into sending him nude cellphone photos of themselves, according to Waukesha County court records.
Once the photos were in hand, Stancl blackmailed seven of the students into performing sexual acts with him in parks, bathrooms and other locations after threatening to show the nude photos to other students, according to police.
Stancl was later convicted of sexual assault and sentenced to 15 years in prison.

Last year, parents in Marathon County called police when their 12-year-old daughter disclosed she had been raped by a 38-year-old man she met on Kik, a popular instant messaging application. An investigation showed Praveen Kharb, a native of India who was living in Bellevue, Wash., when the alleged crime took place, spent months communicating with the girl. He sent her expensive gifts before flying to the Wausau area to meet her, police said.
"The victim in this case had no idea she was dealing with a predator," said Theresa Wetzsteon, deputy district attorney for Marathon County.
Kharb has been extradited to Marathon County, where he has pleaded not guilty plea to first-degree sexual assault of a child. A jury trial is set for April.
LASTING EFFECTS
Despite efforts by school officials and law enforcement to stop the behavior, middle- and high-school students continue to swap racy photos in record numbers. Many parents are oblivious to what's happening on their child's phone, and most teens don't seem to understand the consequences.
Nationwide, nearly 40 percent of students said they had either sent or received a sexually explicit image of themselves, according to a 2014 survey by the National Campaign to Prevent Teen and Unplanned Pregnancy, nearly double the rate of similar studies performed five years earlier.
Many students surveyed did not know that any sexually explicit image of a child age 17 or younger is considered child pornography. Simply having it is a felony.
"It's frustrating because you wonder, where does it end? Will it ever stop?" said Anthony Reince, a school resource officer with the Wausau Police Department. "In reality, the only way you can stop it is to prevent it from happening in the first place."
LEGAL REPERCUSSIONS
Sexting can also get teens in trouble with the law. Teens in several states, including Wisconsin, have been charged with felonies — including sexual abuse of a minor and distributing or possessing child pornography — for sexting, even when the nude images are traded with other teens.
In 2012, state lawmakers passed into law a mandatory, minimum three-year prison sentence for possessing child pornography. Previously, judges had the discretion to order lesser penalties depending on the circumstances. That means a 17-year-old who receives explicit images from a younger friend can be sent to prison for possession of child pornography.
The consequences of sexting can be undoubtedly serious, especially when trading explicit images results in more serious crimes such as blackmail or sexual assault. But increasingly, judges and lawmakers recognize that criminalizing every case, especially those involving common teenage behavior, might not be the best response.
Some states have passed sexting-specific statutes to lessen the penalties against minors engaged in sexting. For example, Texas has passed a law that will impose a misdemeanor on a minor's first sexting offense. Under the statute, a minor may be sentenced to community supervision if he or she completes a state-sponsored sexting education course.
Elsewhere, a judge in Ohio crafted an unorthodox sentence to help a group of minors understand the harm of distributing nude photos of themselves.
Eight teens who traded nude photos on their phones were sentenced to complete a community-service project: The judge told them to poll their peers about the consequences of sexting. An overwhelming majority of their classmates did not know that trading sexually explicit photos among minors is illegal, according to media reports.